Here are some Balearic Slingers from Newline Designs 20mm. They ended up a bit messy as I went over board with the mud wash. I tried to introduce some variety into the unit by bending the slings of the firing poses. Next up will be more slingers but they will be Greeks. 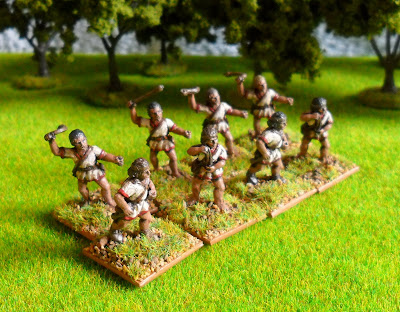 I had originally bought Hat's African Infantry set for the heavy troops in that set. I never really liked the Punic Citizen troops in the set, mainly down to the pose. However after replacing my plastics with metals I never thought I would use the African set in this way; bending the pose from running to a more advancing pose and swapping heads with the heavy spearmen in the same set. I ended up spending far too much time on these the wash didn't go to plan and i ended up repainting their tunics. I may do another unit in red with white shields with the same head swap at some point. 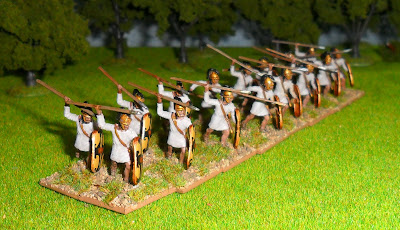 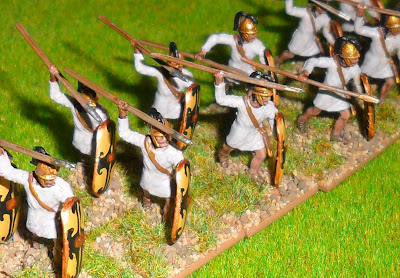 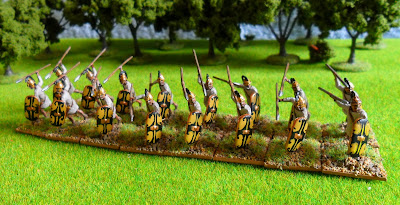 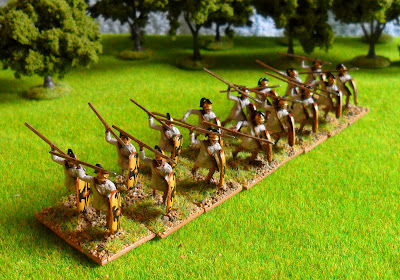 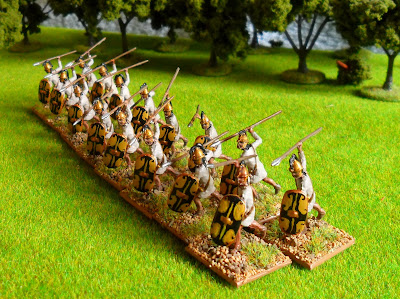