In Alexander's Footsteps: Antiochus the Great 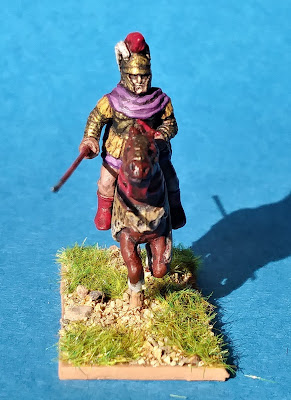 An addition to my growing collection of generals and characters! This time the Seleucid King Antiochus III who earned the epitaph "the Great".

Quelling a rebellion after becoming king his reign saw the Seleucid Empire at its greatest extent despite the set back at Raphia. After his Eastern Anabasis in which he restablished Seleucid authority in most of their former territories he returned West with an eye for Greece. This brought him into conflict with Rome and its Hellenistic allies. After being defeated by the Romans Antiochus didn't let the treaty of Apema slow him down. He was killed attempting to secure funds for his next attempt at conquest from an Elymian temple. This Livius article has a lot more detail and I very much recomend John D. Graingers trilogy on the Seleucid Dynasty. The 2nd book focuses on the reign of Antiochus III.

The figure itself is a simple head swap conversion of a Newline Designs 20mm Seleucid Companion body, a Macedonian High Command head and the horse. He will be ideal for any Seleucid leader for the hopfully many future tabletop battles.

It is the first attempt at painting leopard skin which I will write my method for future reference (lots of Macedonian cavalry to paint up!) 1st basecoat was GW Vomit brown with the edges done with GW Bleached Bone. Delvan mud wash then dry brush the orginal colours. For the spots, Graveyard Earth then edge the spots with black.

I should have took a picture with his guard cavalry! A future post maybe? I have also been working on Alexander who will be the next post and Parthian Horse Archers are currently on the desk. 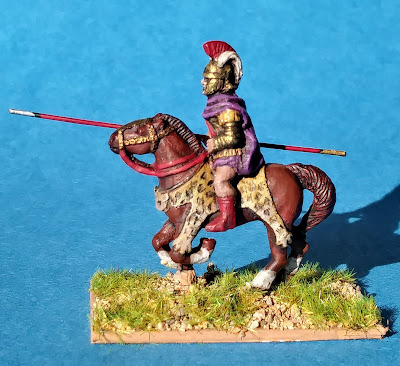 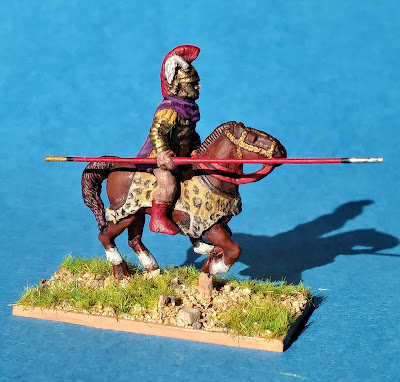 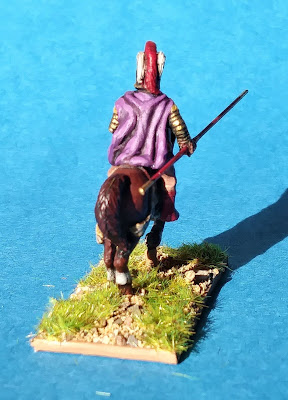 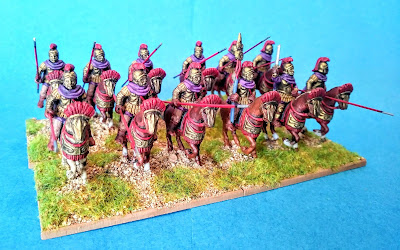 It has been a while since there has been an update on here. One reason is that I have been preparing a lot of miniatures with mass production in mind. Once the figures were cleaned and prepped en mass. I put away my tools and brought out the brushes for the first unit.

I chose these Newline Designs 20mm Seleucid Compainions to do first. They feature one pose for both rider and mount. During the prep I twisted some of their headsto give some variation. Also gave one rider a standard from the Macedon mounted command set and the leader is also from this set but head swapped with a spare Compainion. 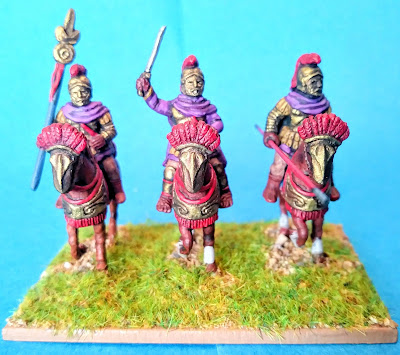 This unit is meant to be a royal elite unit so the king has outfitted his troops with the finest cloth, armour and weapons! I have another set of these in the queue but they will be a shielded version of the unit, and may or may not have a uniform scheme.

They are fantastic sculpts, even the masks have eyebrows sculpted on! The intricate detail made them a bit tricky to paint but well worth the effort a welcome addition to my growing Seleucid force.

Next I'm working on some character figures. Antiochus III and Alexander III both 'the Great'! 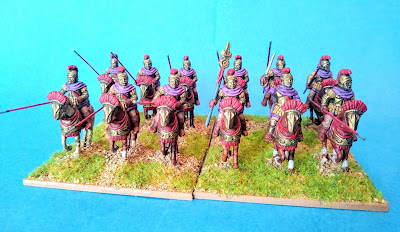 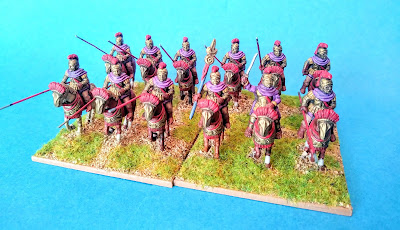 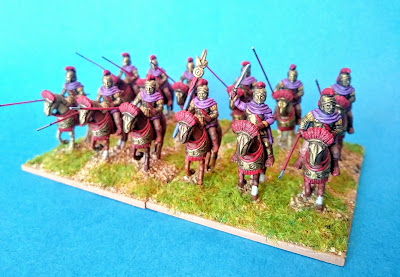 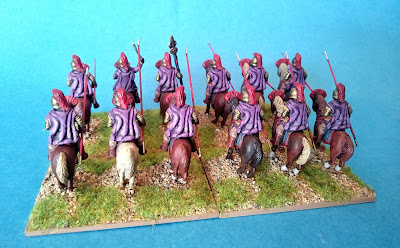 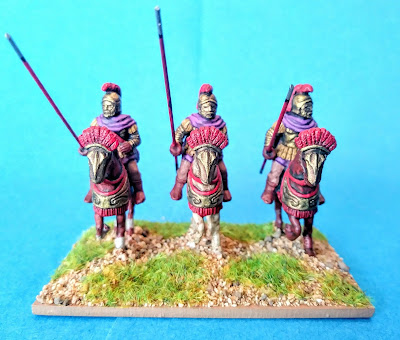