More Soviet tanks, went with a dark green base colour which would be an ideal shade at a larger scale. After completing them I decided to try a lighter shade. I also attempted to paint real numbers on the turrets but following the wobbly application decided that future vehicles would have obscure blobs representing numbers. All are Scotia models with good details. 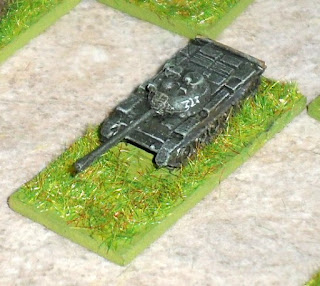 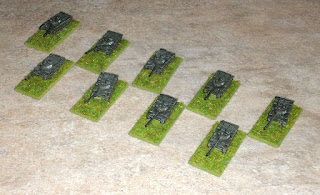 The vehicle on the left is from Heroics and Ros, the right from Scotia Grendel. I think the H&R look to be better proportioned. Usually you don't need a lot of these vehicles as they play an anti-aircraft support role. 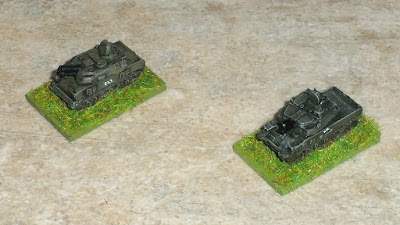 After the multitude of colours used painting my Iberians I needed a break from the Punic War. It was starting to feel a bit of a chore so I decided to have a change of scale and pallet and project. I made a start on these 1/300 Soviet vehicles and the following images are a few tests to work out colours and technique. After trying a multitude of greens I essentially boiled down the technique to: base colours, black wash, highlight base colours then khaki dry brush. I based them to protect the barrels but just kept the basing plain and simple for ease and speed.

These testers are from Heroics and Ros. They are nice miniatures especially the ones with explosive reactive armour. However I don't think the proportions are quite right, see http://paradegroundworkshop.blogspot.co.uk/2015/10/heroics-and-rosscotia-grendal-afvs.html for more information. 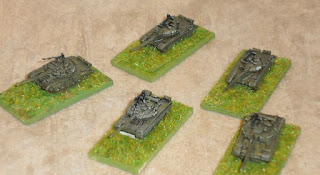 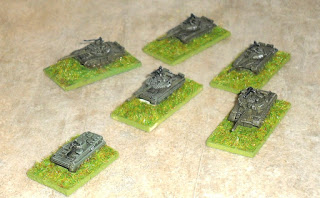 These are Scotia Grendel I found these are generally better proportioned and had a bit more detailed. However the link above shows that comparisons between these manufacturers need to be taken on a case by case basis.﻿ 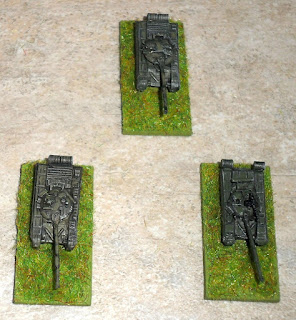 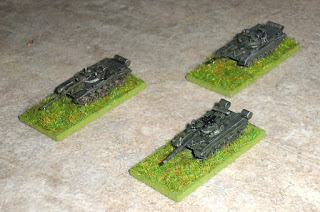 Overall these were a nice distraction from the Punic War project and the next few posts show what I was working on over the winter months. There isn't too much more to say with these and the following posts so I will probably pop a few scans on and not much text.