These 20mm Velites are the latest editions to my Mid-Republican Roman Army. I decided to just do all the tunics from GW Shadow Grey to GW Space Wolves Grey then white for ease and I like the look of this scheme from a distance. The main colour was going to come from the shields and like the Legionaries I went with mostly red and the rest blue and yellow.
These light infantry bases feature 2 of the 4 poses from Newline Designs ANR05 code, which have had some very minor bends on heads and arms to give a bit more variety. These miniatures normally just come with the round bossed shields but I used some of the Celtic spined shields to give further variation. The javelins were from my usual stock of plastic brush bristles but I glued a few to the back some of the shields to look like the bundle of spares carried in the shield hand.
I only used the figures which wore helmets just for the look I was going for. The other poses in the code are similar with one overarm pose featuring a wolf pelt over the helmet which is usually attributed to the Velites and the other with an underarm pose, bear-headed and cape. I'll use these at some point possibly using the wolf pelt bearers as elite or 'picked' Velites and I'll probably use the bear-headed ones as Leves the unprotected prelude of the Velites. I also have some Newline ANI09 Etruscan Class IV troops which have no armour and would make excellent Leves (or generic unarmoured ancients, renegade slaves, levies or even an angry mob).
I have a lot more Legionaries to work on to complete my Republican Roman Army and a lot more Spanish and Celtic heavy foot so there maybe more of the same coming up soon. I also want to base and update older figures that I have already posted. In the mean time I hope you enjoy the pictures. 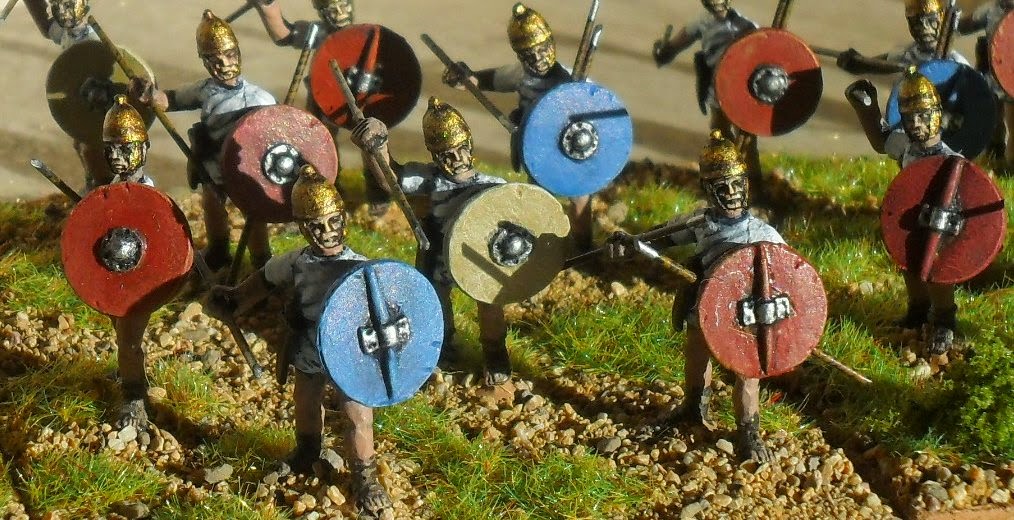 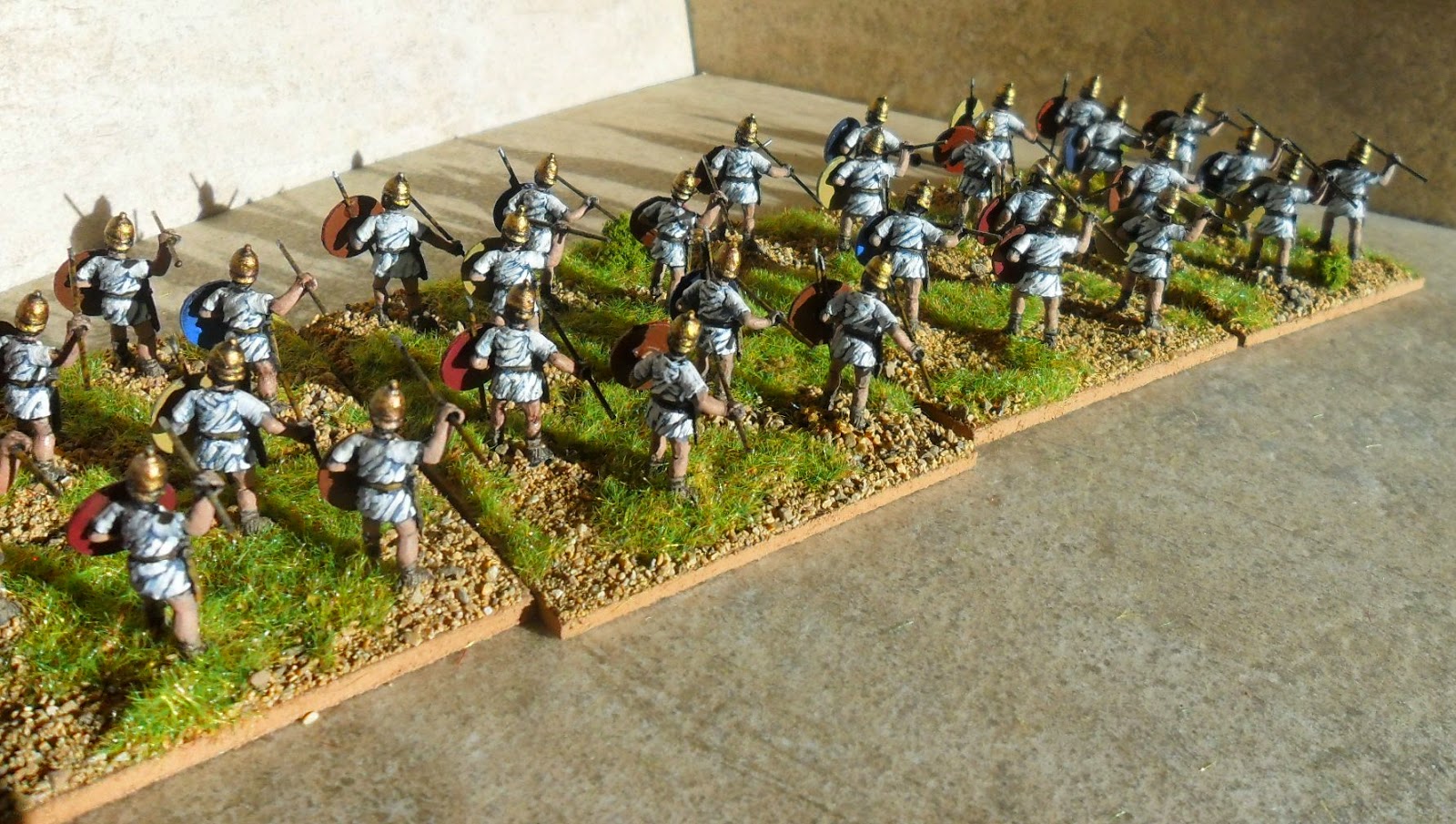 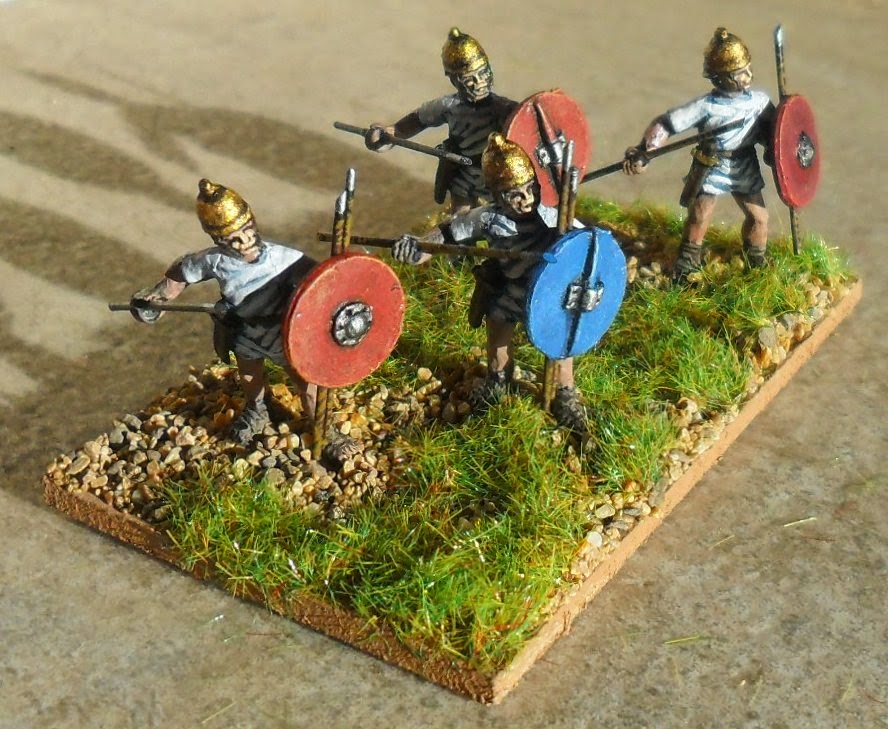