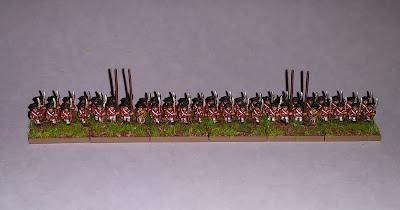 After a long while I have had another look at 6mm scale. However instead of returning to Cold War era Red Army I began yet another new project. The idea here being if I started a new era I should do it in 6mm so it is easier to store and hopefully quicker to paint up. Really, I just liked the look of Baccus' AWI range and with rumblings from Hat about producing an AWI range in my preferred 1/72 scale (I won't be able to resist!) makes the argument about space moot. I am a serial collector there's no point denying it.

I have started with some British line in round hat and campaign uniforms. Once I figured out the best way to paint them I found them quick enough to paint but still a challenge to paint the detail. There is plenty of detail to pick out too, they are lovely miniatures, impressive despite their size. It will look great to have a table full of these!

I still need to get some flags, Baccus seem to sell some but I need to do a bit of research into this. They are based on 20mm square bases with flexibility in mind, I don't have a set of rules chosen either but I have come across some interesting free sets. When I return to this project I will have to do a few Continentals.

In the mean time I have a few Napoleonic Austrian units on the table waiting to be prepped as well as some Numidian cavalry and Spanish Scutarii which I had planned to do month ago for some Punic Wars Lost Battles scenarios. You've just got to paint what you fancy sometimes! 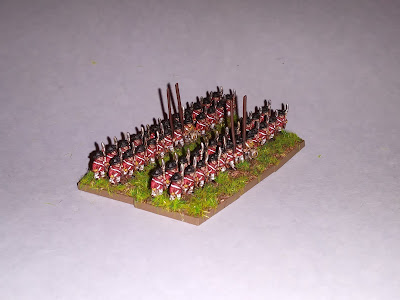 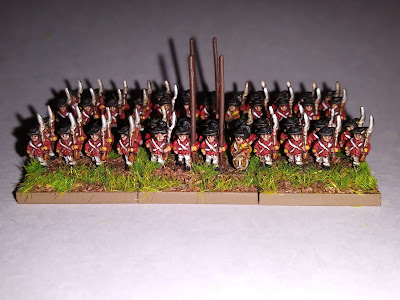 American Revolution War of Independence
Posted by Tony Emery at 21:37 No comments:

Over the Christmas and New Year I was slowly but surely working on these 20mm Austrian Landwehr from Newline Designs. It took a lot longer than I hoped but that is always the case with painting in general. It was a bright day so I took advantage of it and got the snaps. I again used my phone which is quicker and more convenient but I don't think the pics are as good as what the Nikon can take.
The colour scheme is from a plate in an Osprey on Austrian Infantry of the Napoleonic wars which identifies these as Styrian Landwehr in emergency uniforms. All based on 40mm square bases and the flag is from an ebay store 'Flags and Patches'. I am not sure if it is the correct flag but I am happy with the result.
I have also been working on some 6mm British for the American Revolutionary War and flitting between the two its dragged each one out. So probably those next but I am probably going to work on some more Austrian and Hungarian Line Infantry. Of course that's not set in stone! 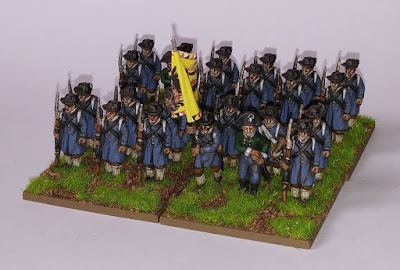 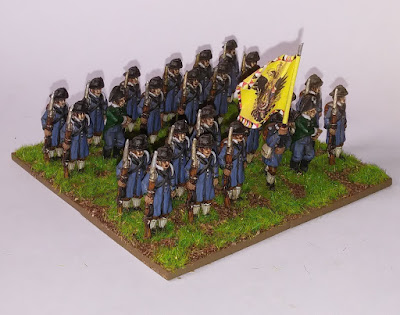 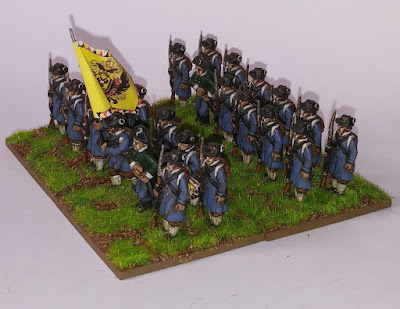 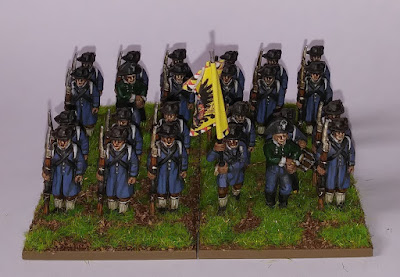 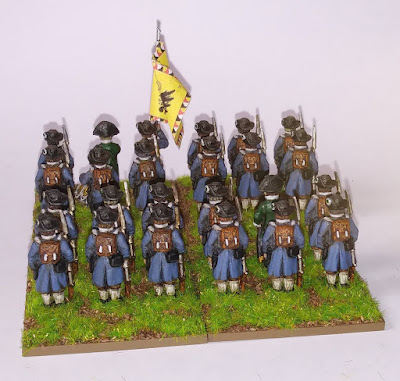