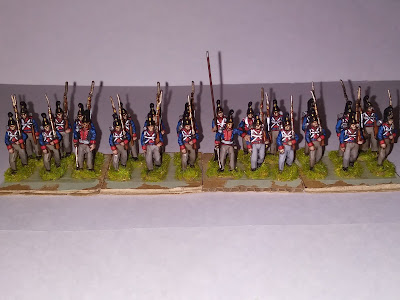 Not quite the finished article, these 1/72 Hät Napoleonic Wurttemberg infantry still need based and a flag. I have stuck them onto a temporary cardboard base to see what they looked like.

Initially I started basing my Napoleonic troops on 60mm squares but I wasn't happy with end result both in dimentions and basing materials. I think I like the size and flexibility of the 40mm squares but need to workout what scatter materials look right.

I need also to track down a 1/72 flag for the standard bearer. I made the standard bearer from the open handed figure from Hät's Bavarian infantry set. He needed a head swap and the front of the jacket was flat and lacked detail allowing for a bit of creative painting, adding in straps and facings in an attempt to blend him into the ranks.

I struggled with highlighting the black helmets I need to practice more and find the right colours. Apart from that I am pleased with the result so far.

I took the pictures using my new phone which is convenient since I don't need to set up lights. I can get clear and decent photos however the tradeoff is I am depending on the flash which can be harsh. My computer is again out of action so I am posting from my phone which is fiddly but I have been able to it all on one device. 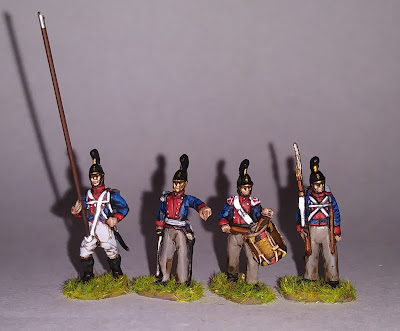 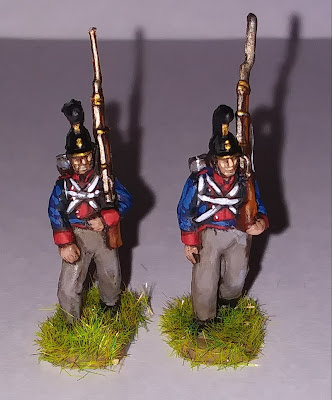 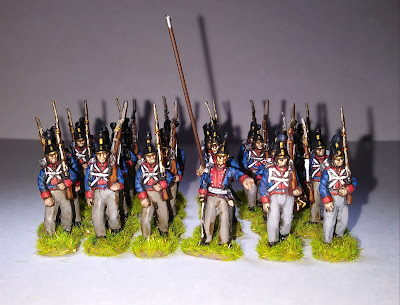 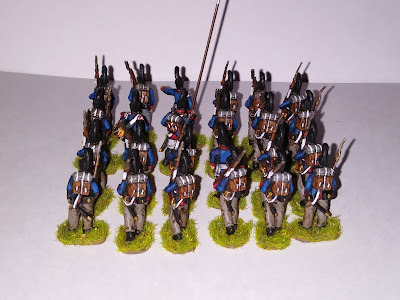 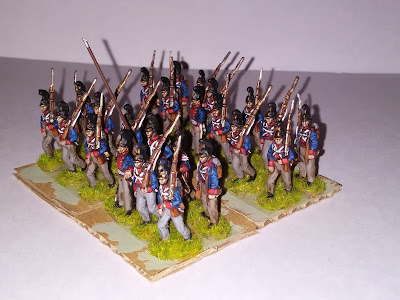 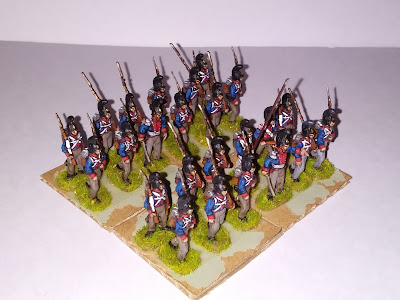 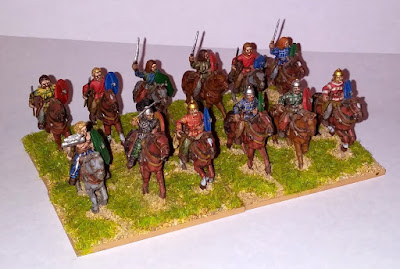 I've had these Newline Designs 20mm Gallic cavalry stashed away for years. I was 2 riders short to make a 12 trooper unit so I pressed a couple of riders into service. The first was already painted, the spare rider from the armoured group. I glued a plume onto his helmet to make him more like the leader from the command set. Secondly I used a spare rider from the Gallic light cavalry set and gave him a boar standard from a Hat set (a legionary command set I think).

I was hoping to get these finished off fairly quickly but I found it difficult to get myself motivated to get to the desk. I spent a bit more time and effort on painting the horses I think they are a bit of an improvement on previous horses but still more practice needed, Bit by bit I eventually got them finished. Painting plaid is challenging and requires a lot of patients and when it came to the shields I just left them plain for now maybe add patterns in the future. I may paint up some Numidian cavalry next for Trebia but I am ready to have a bit of a change of era maybe even scale.

When I was at uni I covered quite a bit of history of the American Revolution. Not so much the warfare side of things but I covered some military aspects with my dissertation in which I looked into mutiny in the Continental army and the motivation of the Continental soldier. Its an era I have always been fascinated with but not yet collected.

I have never been enthused with the 1/72 offerings and their availability also a factor I took to looking at other scales. I was very tempted by the nice Blue moon 15mm sculpts but price and storage space is an issue. Baccus 6mm then came up as a way to get into a new era without hitting storage and wallet too badly. So I may shortly do some work on those or some 1/72 Napoleonics.

Back to the subject at hand I recently got a new phone after my previous one stopped working. I was impressed with my wife's camera phone so decided to get something similar and I took these images with the new phone. I don't think the macro feature is as good as the Nikon, but it was so much easier to use and I think it has captured the detail well. The flash is also very good I think it illuminated the whole unit well. Hopefully to be seen at the Trebia soon but I am being pulled towards some horse and musket modelling which may detract me from my original plan. 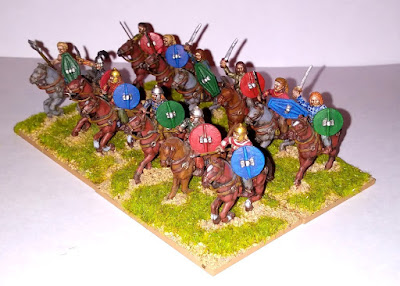 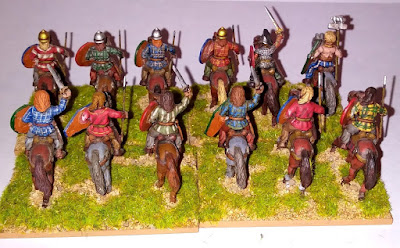