﻿
More mounted warriors here to fight Carthage's wars. These Newline figures come with one human and two horse poses and came with caetra shields. I tried to diversify the troopers by carefully twisting their heads with a pair of pliers. The two command figures introduce some alternative figures into the unit and in retrospect I think I should of gave a few of them a scutum shield as shown in Head's Armies of the Macedonian and Punic Wars. Maybe I could risk ordering some more to do that but their are some who would argue, convincingly, that I have far too many of these little men as it is... or I could just use the Hat Spanish cavalry that is waiting to be painted. 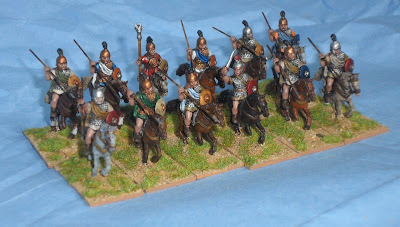 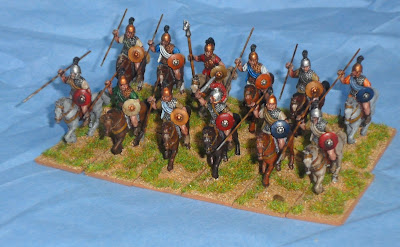 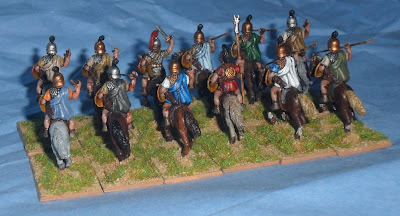 These miniatures from Newline Designs features two variations of the same pose, one bearded and the other shaven. There is only one pose for the horse although the command figure sits on another style of horse that came with that code. I attempted to introduce some variety by bending the spear arms but overdone it as some of the arms look odd now. Also there was a bit of a disaster with the varnish going cloudy even though I gave it a good shake and stir. It was some wilko's matt varnish and it worked fine with the Celtic foot. I've since returned back to Vallejo matt varnish. Apart from that they painted fine and quite quickly thanks to the simple colour scheme.   ﻿ 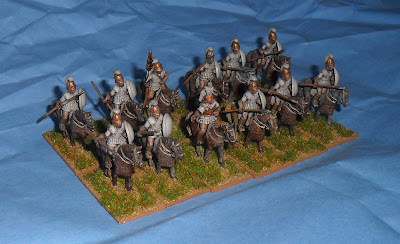 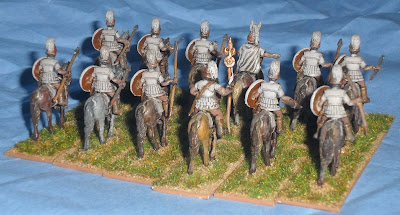 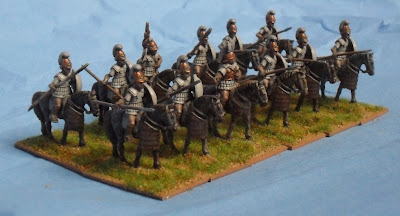