The drummer, officer and the standard bearer are recently painted whilst the marching figures have been done a while however I highlighted them with lighter colours so the details would stand out better. The Italeri set does not contain a standard bearer so I cut away one fusilier's musket, replaced it with a bristle and used one of the flag stickers. The officer, originally a Hungarian Grenadier a has had a head swap with the 'German' officer on horseback as I wanted them all on foot. I used the same technique I did with the Newline Austrians which was mainly based on a brown wash over the base colours then highlighted.

I painted these at the same time as the metal Austrians of the previous post, of which I used the same hodge-podge basing method. I have received a nice tip to improve the stones on the base by adding some wash to add depth to them, but not yet acted on it. 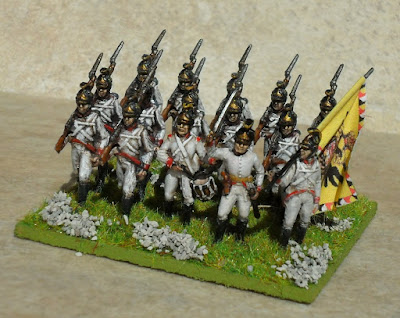 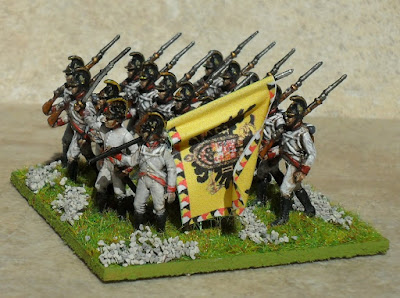 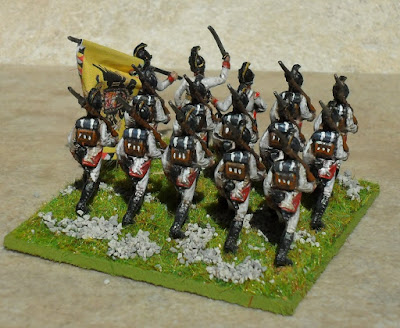