In an effort to clear the work bench I have pushed on and finished units of Roman Leves and Greek Javelinmen. Both in 20mm from Newline Designs.

The Greeks feature a new pose. The Javelinman in the chiton is newer and a great addition to the code bringing in more variety. The Roman Leves are from the Samnite and Etruscan range. Using the Class IV Etruscan infantry, leaving out the shield and adding extra spears in the shield hand I have attempted to depict Roman Leves as shown in Armies of the Macedonian and Punic Wars (D. Head).

For ease I kept the schemes as simple as possible and have based them individually. I am just keeping them at this stage until I 'need' them for a refight. If that time comes I will attach them to my usual choice of MDF base. I had trouble trying to get crisp pictures, poor lighting, however I had to take the presented opportunity. Also I wanted to get them off the desk to bring down the next project.

I am hoping to have a big push on my Magnesia armies and some 'Romanised' Seleucid Argyraspides. I am cleaning and preparing them unit by unit so it maybe a while before paint brushes see some action! 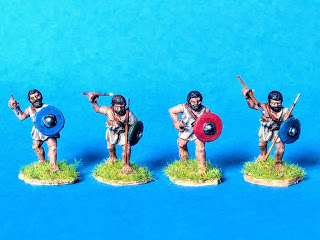 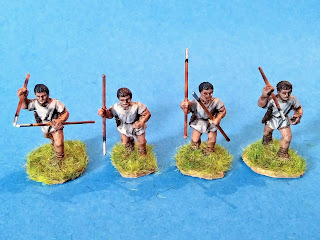 As things stand any opportunity I get to do the hobby I try to paint. Usually half hour to an hour if I am lucky. This is not a bad thing as it is my favorite aspect of the hobby but I do wish I could get a bit more gaming done.

Well I took a break from painting I didn't quite have the time to set up a battle but I did have time to look through some boxes. I took a few units close to hand and set up a couple of scenes. The pics came out ok and here are the results. 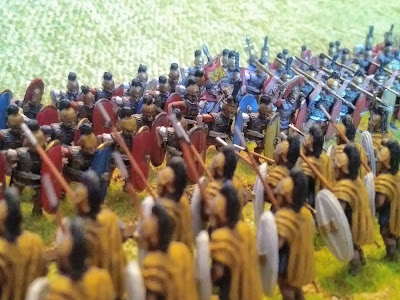 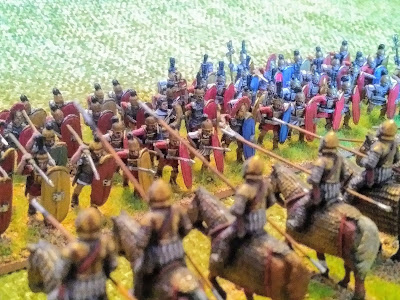 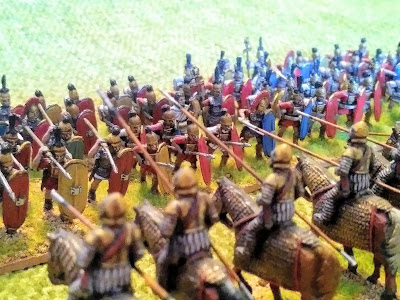 The deep and fearsome Macedonian Phalanx entwined with the powerful elephant corps present a sight even the hardend veterans of the Hannibalic War may have found daunting! 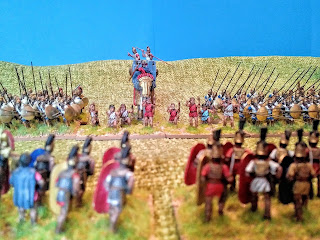 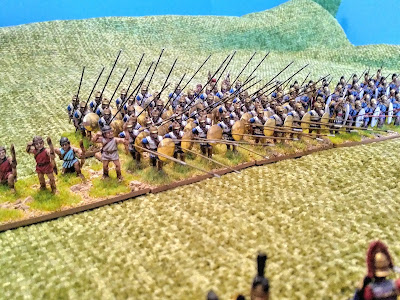 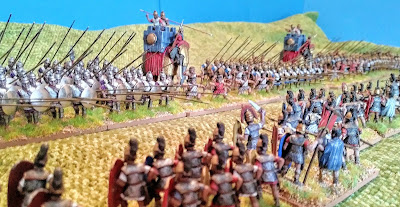 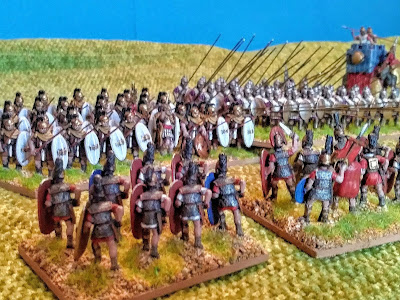 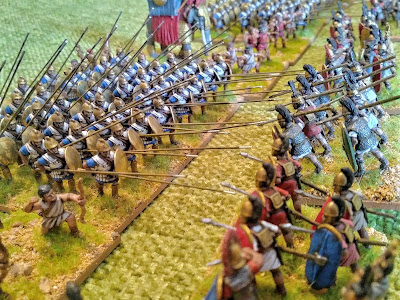 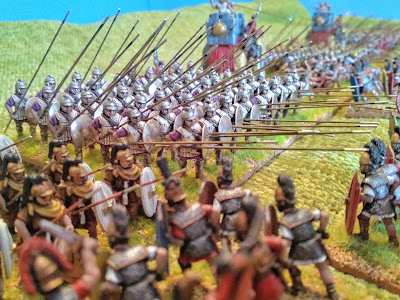 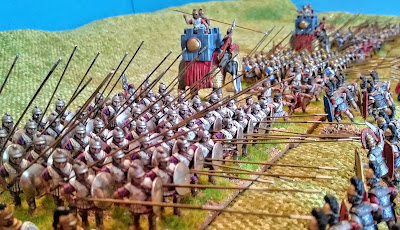 Zama, North Africa 202 BC. Hannibal and Scipio decide that their differences will be decided by the victor of the battle: 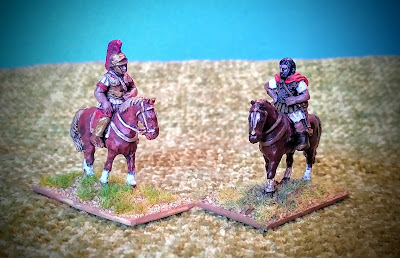 All figures are from Newline Designs 20mm Ancients range.
Posted by Tony Emery at 00:09 6 comments: