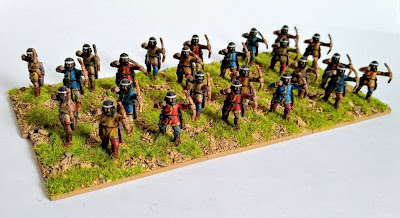 Along with the Persian slingers these 20mm Elymian Archers from Newline Designs will form some of Antiochus' light infantry levies for Magnesia. These are from the Achaemenid Persian range and feature one pose. To introduce some variety  they were given a few differing colourful outfits. Other than that they were straight forward to paint up.

As I mentioned in my last post, because I am only a few units away from having 'enough' units for Zama, I am going to have a focus on those. Also if I re-fight Cannae with larger units, I need more light infantry for the Romans at least. The planned Leves types using Newline Etruscans will do for that. Next up will be a refurbished unit of Carthaginian heavy cavalry, which will clear my desk allowing me to start cracking through my next list of targets. 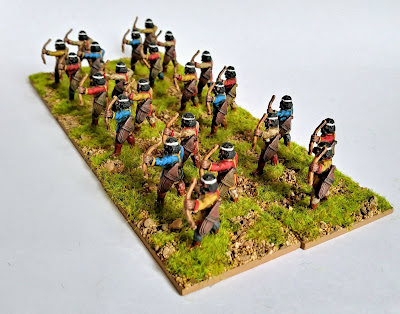 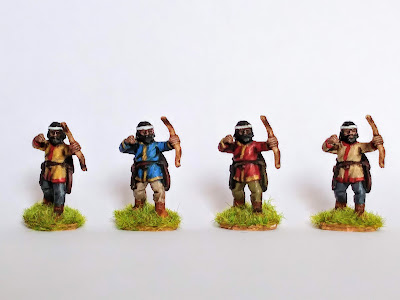 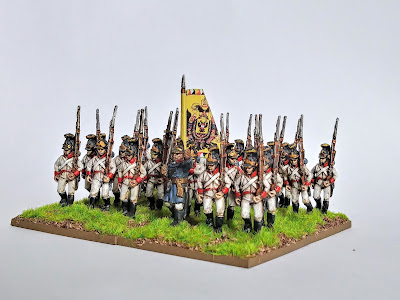 This poor unit of Napoleonic Austrian infantry was rebased for the third and final time, roughly the same time as the Landwehr. I was at that point still not happy with my photography, but since then I have managed to get some good photos of the unit. The combination of discovering the HDR function on my camera phone and the built in editor has given me a boost on the photography aspect of the blog. I felt it was worth a third post on this particular unit to show both the basing and photographic improvements. Also because I have had my hands full I wanted to post something on here and money for old rope is the order of the day.

I have been wanting a game of Lost Battles Trebia scenario for some time now but I'm not sure when the opportunity will present itself. However I have been slowly working here and there on the painting side of the hobby. I have just finished the Elymian levy light infantry and I have been wanting to spruce up a few Carthaginian horsemen that need rebased which are just about there.

Once these are done I have an ambitious list of all Newline Designs 20mm units to get through and I would like to prep them on an industrial scale. The following list will all need mould lines checked and scraped off and all except the Napoleonics will be painted in roughly the same manner that is base sprayed with Barbarian Flesh:
Once they are at the base coated stage I will hopefully crack through them a unit at a time. Once they are all done I will only need to do one more African elephant for Zama to have the opposing armies finished. Once the units for Zama are complete I will try to focus back on Magnesia. 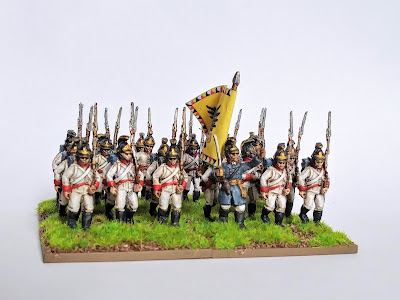 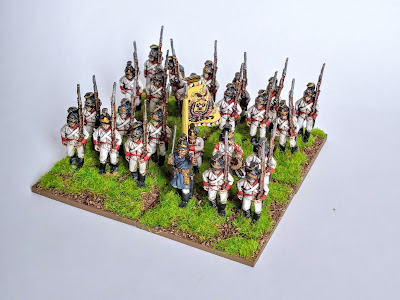 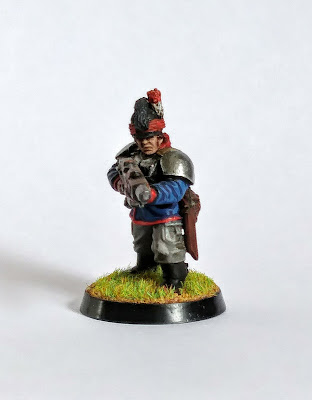 Continuing on with the 40k and abandoned project theme I took a few snaps of a prototype Imperial Guardsman or Astra Militarum as they go by nowadays. When I was procuring the plastic Cadians along with some plastic heavy weapons and command sets I had wanted to base their uniforms on German Fallschimjagres. I painted this model up based on the Italeri 1/72 Fallschrimjager art work.

I was a fan of the original Cadian shock troops miniatures in the 90s but I still can not get away with the redesigned helmet on the plastic set. Also, I later decided to have a self intervention, with the 1/72 and 20mm collections becoming out of control, I had now convinced myself to not by any Imperial Guard tanks.

So now the Guardsmen were to be an infantry only force depending on waves of troops and basic heavy weapon support. With this in mind I wanted to change the appearance to fit the theme of such a force. If I could find a historical themed seperate head I could convert the cadians into a rustic looking regiment like the Mordians or Praetorians.

I discovered on Arcane Scenery's webshop Trent miniatures AWI range which includes seperate heads.  They seemed perfect, spare heads in Tarletons! Giving the guardsman a horse and musket era feel, then repainting them based on 19th century Prussians, with the armour painted in a silver metal inspired by Napoleonic French Cuirassiers. I did have to snip the ponytail but other than that the head fit like a dream.

I was planning on squeezing as much as I could out if the heavy weapon set by attempting to mount the bolter, autocannon and lascannon onto napoleonic artillery carriages, like the carriage mounted Gatling guns of the 19th century. However, that hasn't advanced any further than the hairbrain stage yet.

I do have a sentenel walker burried somewhere which was included in a battleforce set and I have a few Tallarn Desert Raiders. This detachmet would provide an irregular contrast to the ridgedly drilled and diciplined force.

Like the Eldar I would love to continue this project but it resides way down the list of priorities at this time. One day! I keep telling myself. 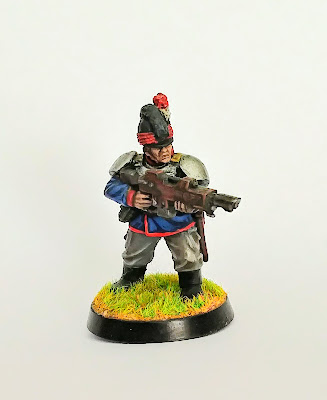 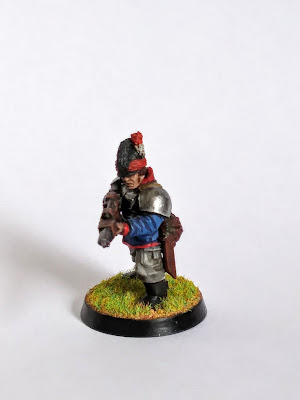 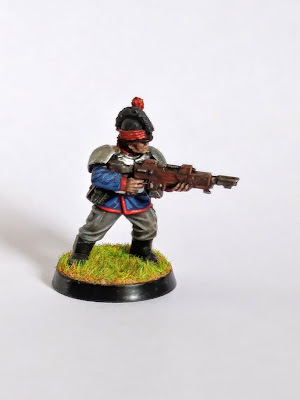 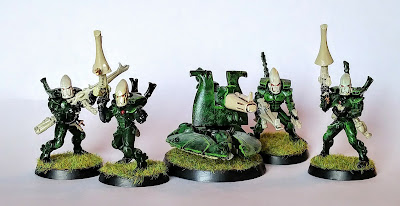 I have recently been having a sort out of my miniatures to clear some space for a nursery. Most of my Citadel miniatures have now been put in the loft but I left out the painted ones and took the opportunity to get some snaps.

These Eldar Guardians were painted about 11 years ago now I believe, I was in the process of collecting, or more like re-collecting, some 40k stuff. I have always loved the miniatures that the Games Workshop sold and at that time decided to get an Eldar army on which I hit on a redesign of the Aspect Warriors and some new vehicles. Anyway I painted up quite a lot of Guardians  (40ish I think), a few Warlocks and a Farseer along with a couple of Banshee squads (I will need to get them photographed too).

I was big fan of the plastic Guardian set when they were released in the late '90s, the parts allow quite a few different poses between the Guardians and they look cool and are still some of my favorite miniatures. My first collection of 40k stuff I had gathered back then was conveniently disposed of when I left home, hence the requirement to start again in '07.

I could not however continue to resist the pull of historical miniatures and between Napoleonic and Ancient offerings from Hat along with the glossy release of the Field of Glory army books, which fueled my collecting of Ancients into an obsession. Since then I have barely painted a Citadel miniature but I will keep the eternal hope that I will get around to painting them, even if it is pure fantasy!

At the time of painting these I had bought a then new army box which included a Codex so I was following the army lists and restrictions. One of the rules that came in was that each squad required a heavy weapon platform, the sprues came with 1 platform and all the weapon options. I made them up with a pin on the base of the weapon and a slot on the platform (or vice-versa) to allow me to change the weapon depending on the required firepower of the day. These rules and codices chop and change all the time so I am not too fussed about 40k rules but it would be great to game with the miniatures one day.
Posted by Tony Emery at 12:02 No comments: