Alexander the Great son of Philip 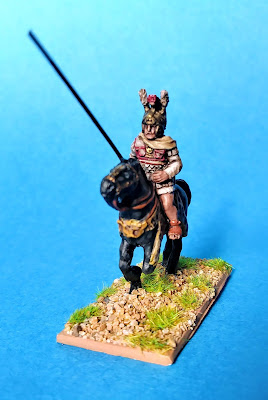 Another character figure, this time Alexander the Great, from Newline Designs 20mm Ancient personality range. Much has been written about the man which I won't go into here. I will say that he inhereted a well trained, experienced and determined army created by his father Philip. It was an army fitting Alexander's leadership and ability. His campaigns drained the man power of Macedonia and in the end his army mutiny feeling they indulged the great king for too long and put a stop to his antics.

The Oliver Stone movie got a bad rep, watching the cinema release I can see why. However Stone's "Final Cut" was a vast improvment, extended, sequenced better and the impressive battle scenes also lengthened. I very much enjoyed that version of the movie, and it was the inspiration that provided this colour scheme, based also on a plate in Peter Connolley's Greece and Rome at War. As ever from Newline a beautifully and well sculpted miniature. 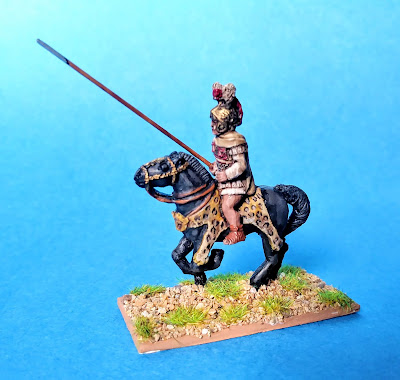 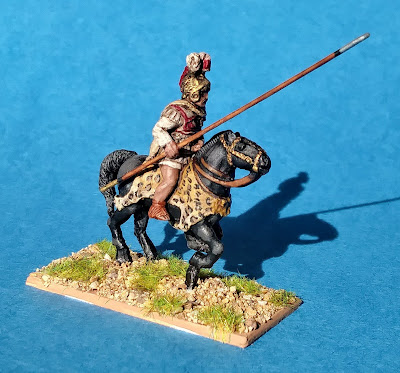 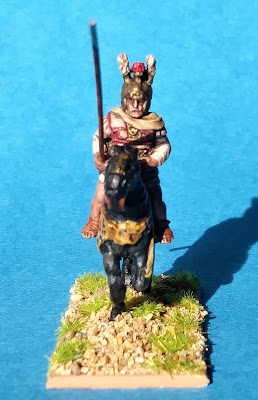 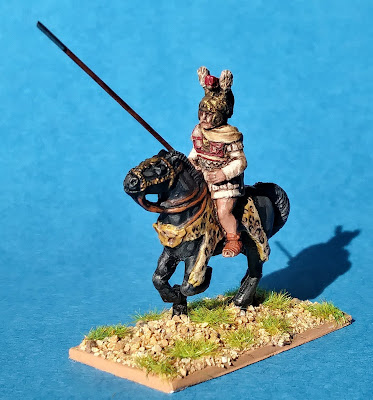 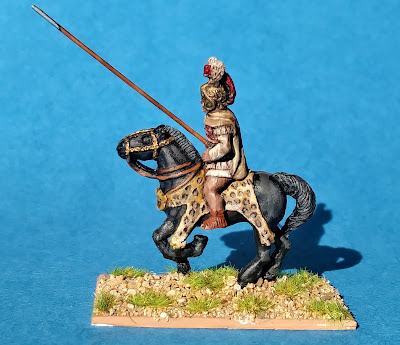 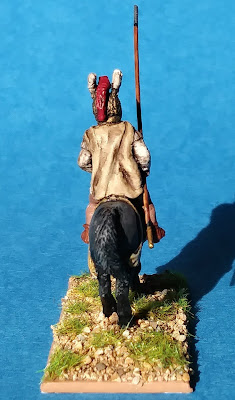