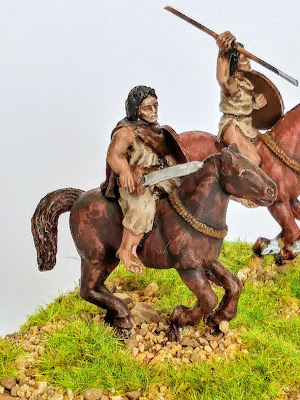 Five more bases of Newline Designs 20mm Numidian Cavalry finished and hopefully that will be enough for my planned battles. Instead of showing more pictures of the finished bases I have added instead a couple of pictures of the conversions.

The cloaked Numidian was created by head swapping a Numidian command figure with a head from a spare set of Carthaginian elephant crew. The elephant was painted as a gift and I had the crew sat in a box with no idea what they would be used for years now. Then with the plan to re-fight Zama I needed a few more Numidians so I scraped together the miniatures. I was a couple short of 5 bases worth, but with this conversion, and the other elephant crew member throwing a javelin, becoming a horseman (see below), I managed to knock up the 5 bases needed.

Now I have a Numidian king without a horse and another without even a body as well as a damaged mahout. You never know if or when these bits will become handy, much like the elephant crew, of which I had no intention of using. Painting of the archers and slingers is now well on their way and I am hoping they won't take too long to complete fingers crossed! 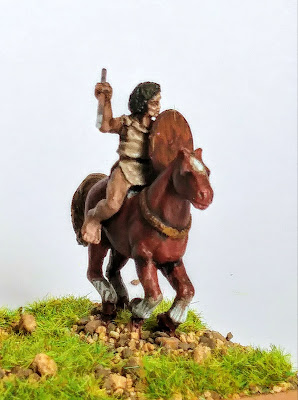 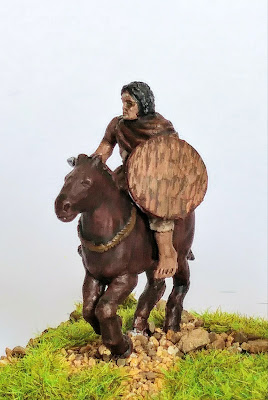 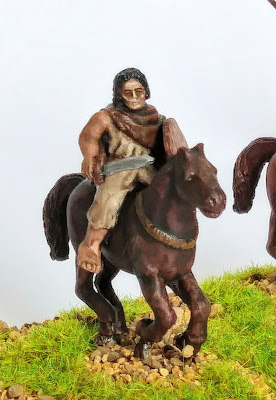 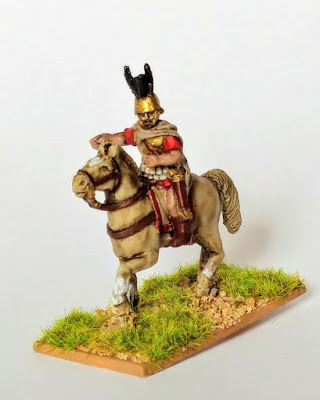 As I had mentioned in the previous post, just a quick update. The last of the generals for now, this one is plucked from Newline Designs Carthaginian High Command from their 20mm Ancients range. One of these miniatures is also leading my Carthaginian heavy cavalry but that unit is back in the queue to be updated and rebased, I also had and issue with varnish clouding with them so I will see what I can do. I will probably change their shields also.

Before then though I have the last of the Numidian cavalry waiting to be flocked and will update the blog with a head swap conversion. Work has started also on Greek slingers and archers for Magnesia and Eastern light infantry types sit next to them in the queue. Hopefully I will get time to get them painted sooner rather than later.
Posted by Tony Emery at 12:25 No comments: 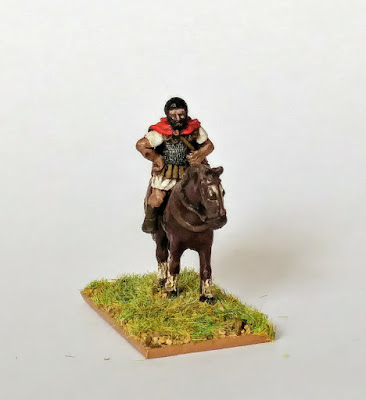 A few more leaders and commanders done below. Above is the re highlighted Hannibal Barca which was one of the first Newline Designs 20mm figures I painted and posted to this blog. I am re-posting it now as the following figures are a head swap conversion featuring the Hannibal personality miniature and the leader from the Macedonian command set as featured in Seleucid phalanx posts.

I have been able to get away with using pliers cushioned with a sponge or towel in the past and twisting gently back and forth until the head came off. However this time I failed to cushion enough and the head got a little squished (being lazy as usual as I have a saw). I was able to use a bit of liquid green stuff to repair and a bit of creative painting and it will do me! Again, if I were not so lazy I would drill holes and pin the head as well as glue them. However using loctite gel super glue, I have so far gotten away with that also. Below features the results of the one to one head swap. I have not given the Hannibal on foot a shield, but maybe I should? Still not sure on that but it is something I can add in the future if I really feel the need!

I am almost finished the next leader also which again will be a quick update, then the real work will begin again on rank and file types. 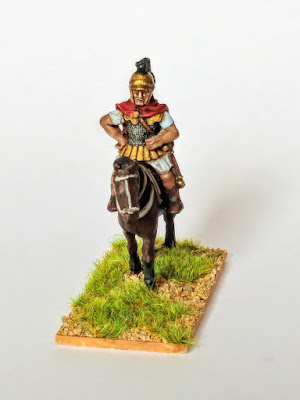 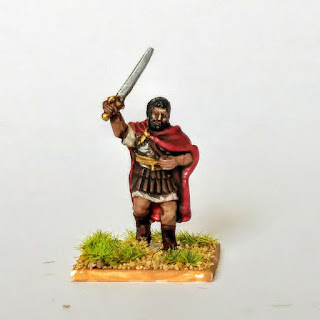 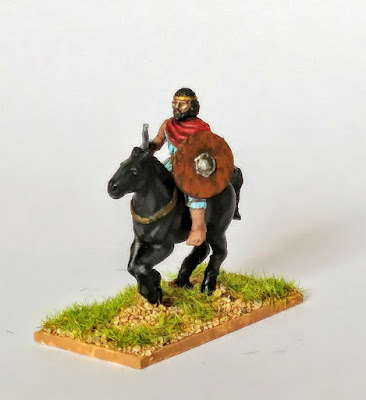 Just a quick update with the latest character. Using the same Newline Designs 20mm Numidian command figure from the previous post but using him as a Numidian king or prince as described by Duncan Head in Armies of the Macedonian and Punic Wars 359BC to 146BC. I have a few more generals to post shortly and some Numdian cavalry, of which I will only post a head swapped miniature as most will be identical as the most recent Numidian Cavalry post. Then I probably will be moving onto some light armed troops which are waiting on the desk undercoated. I do want to re fight Trebia with Lost Battles at some point. However I am struggling to find time at the minute and I am prioritising painting when I have a bit of spare time but hopefully I will get a chance soon. 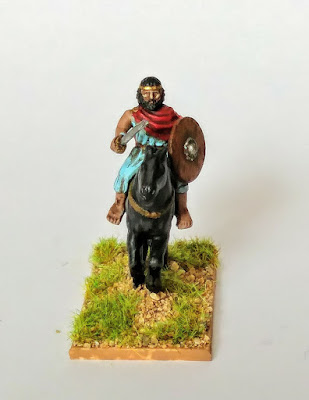 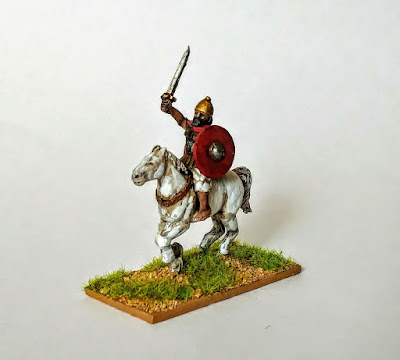 These miniatures have been sat in a drawer part painted for a few years so I thought I better get them sorted since I was working on Numidians and generals at the minute. They are Newline Designs 20mm Numidian Command from their ancient Numidian range. One is an armoured figure and the other two are unarmoured. They appear to be based on fig. 106 from Duncan Head's Armies of the Macedonian and Punic Wars, 359-146BC.

Fig. 106 is descibed as a Numidian Prince, but I wanted to use them as generic nobles to bulk out my Numidian horsemen so I tried to subdue the diadem being a symbol of royalty and based them together. The Armoured Numidian will probably go on to represent Masinissa at Zama then hopefully other Numidian kings.

I have not had much time on the hobby of late, I have rebased some Zvezda Cretan archers from their Greek Hoplite set but wasn't able to do much with their re-highlighting. Also have manged to make a little start with the hoard of Antiochus' light infantry by preparing some Newline Cretan archers. Hopefully I will get somewhere with them this week. 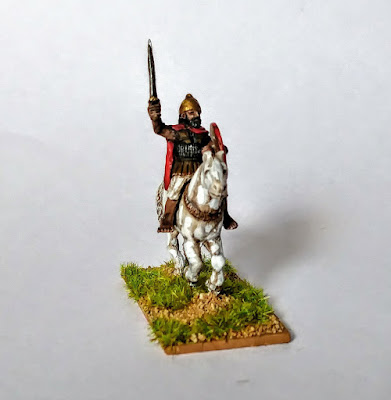 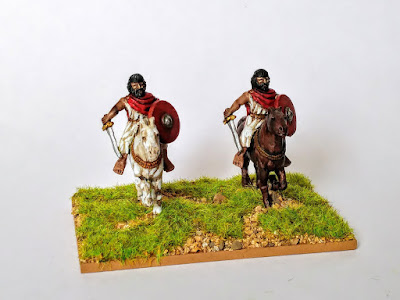 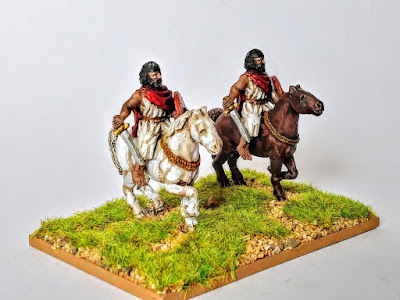 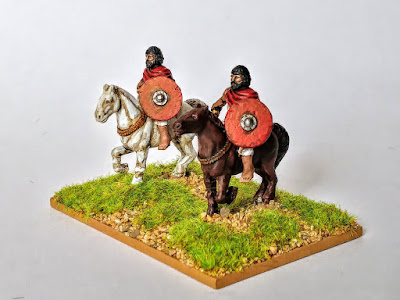