I finally got round to completing the last 60x60mm base of Newline Designs 20mm African pikemen for my Seleucid phalanx (see this earlier post for more info). I also decided to add rear rank bases some with command figures, this had something to do with making units deeper for To The Strongest! or Basic Impetus but also I just wanted bigger units! There are quite a few pictures so I apologise for the bombardment.

So for the "rear bases" there are four bases of 60x30mm with eight figures a piece, two of those bases have command figures included. I placed the command miniatures to the rear so I took a photo of them before basing. The pictures below show the newest painted elements. They were sprayed with Army Painter white which greatly aided me. Also again using drawing pins for the shields shaved a lot of painting time from the project. I have made a painting guide for anyone interested in a step by step account. 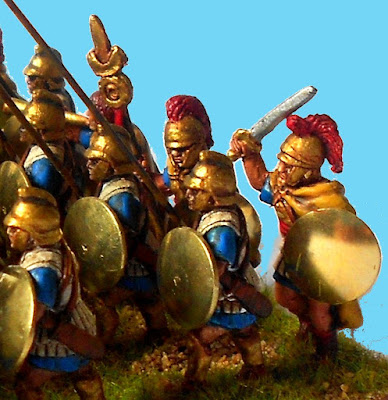 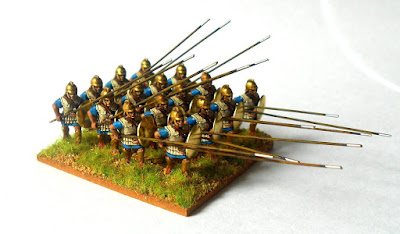 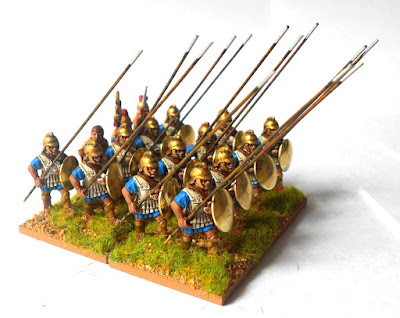 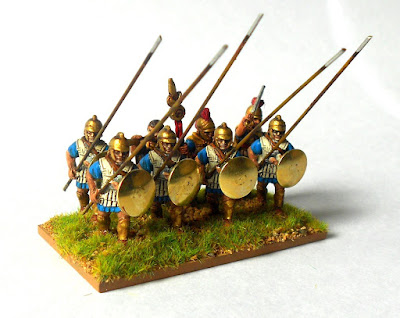 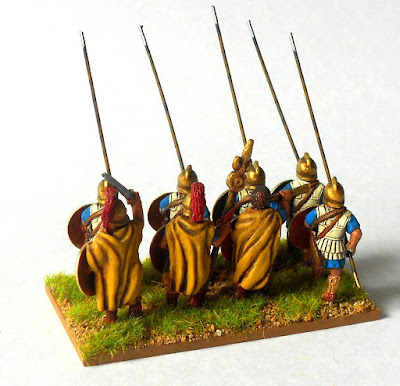 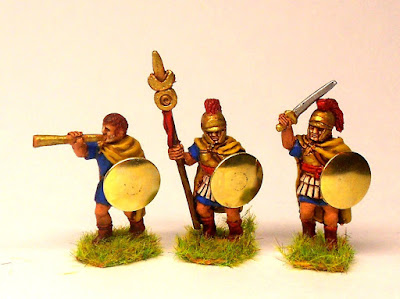 For my Seleucid army I still need to complete the "Silvershields" these are currently being worked on and number half as many miniatures as the phalangites below. In Lost Battles for Raphia and Magniesia, the pikemen who are not the Silvershields are simply named "the Settlers". Although I keep referring to these as "Seleucids" they are from Newline Designs 20mm Ancient Carthage range and are sold as "African Pikemen" they look Hellenistic and I have kept them generic so they may be fielded in any army needing some pike blocks. I went overboard with the picture having arranged the whole lot up and then making them into a 12cm square to take more pics. 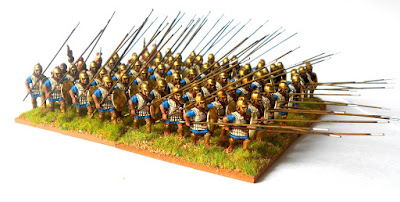 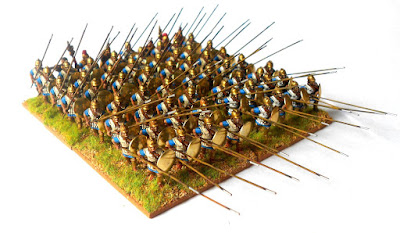 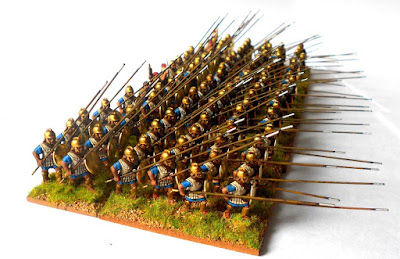 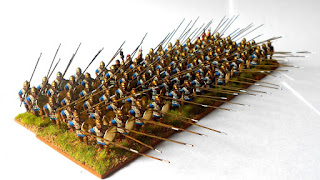