I had a good opportunity over the past few days to get these Silver Shield pikemen finished off and based for my Seleucid army. This follows from my Seleucid settler pikemen so not a great deal more to say on these 20mm Newline Designs miniatures.

Yes a whole regiment in purple tunics! I can hear the outcry already, in ancient times it was very expensive and rare I am lead to believe. However King Antiochus III Megas, having finally conquered Koile-Syria and taking possession of the Phoenician cities like Sidon, thought "why not" he was in a good mood! And every Hellenistic monarch should have some lavishly equipped royal troops to show off on the battlefield and if you can't do it when you conquer the purple dye producing region then when can you!? Antiochus later died attempting to plunder treasure from an Elymian temple.  Also I like the combination of purple and silver armour so, as I often do, I sacrificed historicity for aesthetics.

Still quite a lot of units to do for a Lost Battles Magnesia re-fight. I am however working on a few more units for 2nd Punic War re-fights; some Gallic cavalry, Iberian Scutarii and I may do a few bases of Gallic foot while I paint the cavalry whilst the myriad of paints are lying around. 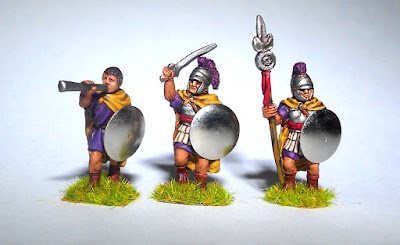 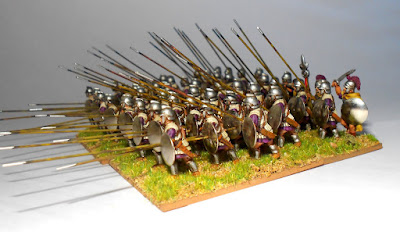 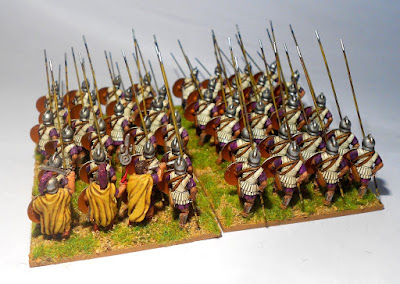