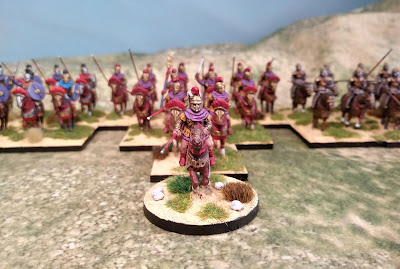 With the completion of the latest Seleucid cavalry I then went onto rebasing the cataphracts and other companions. This is the third (AND FINAL) time for the cataphracts, they were based individually first time round then multibased to the 60x40s now these below. Also a few group shots with Antiochus for good measure.
I'm getting into the swing of mass rebasing and the cavalry is going fairly smoothly. So there are more cheat posts coming soon as old units get new bases but its a good excuse to update the blog and show off the nice Newline Designs 20mm sculpts. I think once the cavalry is all rebased I'll have to paint something from scratch before starting infantry rebases. Also some infantry rebases may require some extra figures so a bit of extra planning and thought needs to go into the units as they change size, especially for the Roman legionaries and Hellenistic pikes which are in larger numbers. Next up will be more rebased cavalry so I've got time to think on it. 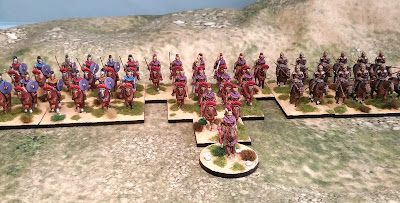 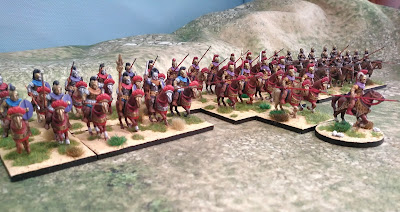 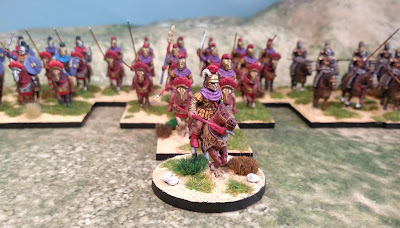 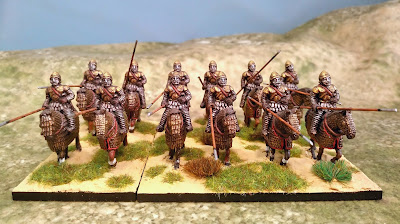 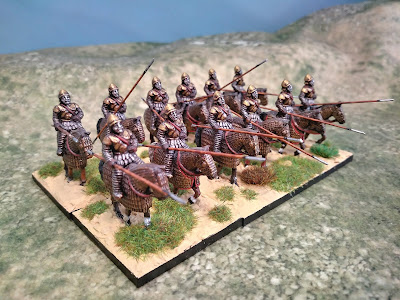 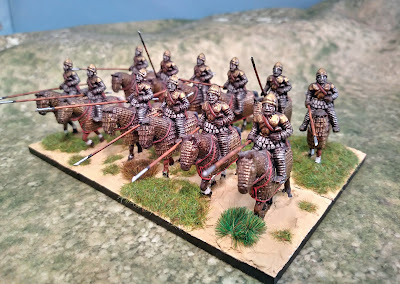 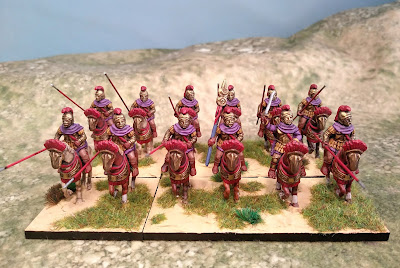 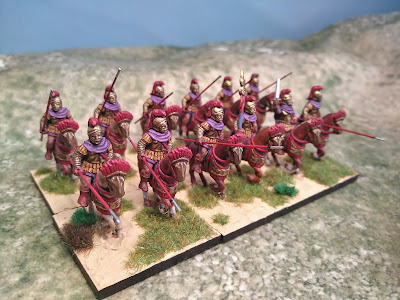 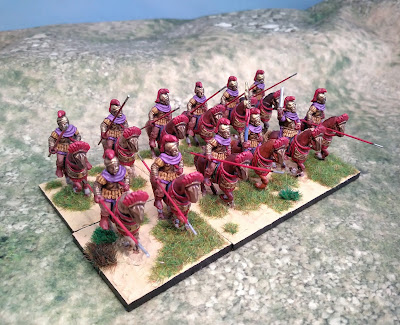 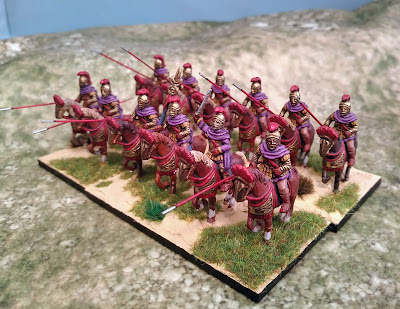