I'm very pleased to get a unit done for my main project, it's not a rebase either all freshly done! Also they are the 20mm Hellenistic infantry I kept pestering Sean at Newline Designs about so its good to get some done again. I stocked up on quite a lot being both very useful and from my favorite armies of the era. As usual I used my stock of plastic bristles for spears and swapped their shields for the shields from the Ancient Jewish range.

I also took the fresh miniatures to attempt a new approach to basing the heavy infantry as its difficult to apply filler in between the ranks. I initially tried using hot glue to fix the figures down but I was having problems doing that, I think mainly due to the Work's brand hot glue gun not being hot enough it cools too fast. After a bit of trial and error I realised I could make individual stands for the figures meaning I could easily adjust the particular angle the figure stands and still make him free standing quickly, the low temperature and quick cooling turned to my advantage!

Now with that sorted I decided to attempt a tactic reminiscent of my old style of basing, namely lots of PVA,   figures placed basing material poured on! I mixed some PVA with some of my basing paint emulsion in the hope it would start to dye the fine modelling sand at least which was poured on to level the basing between the figures eliminating the need to apply filler in between. Once dried I just painted with the sandy earth emulsion and let that dry which it did and cracked a bit but it was quite a cool effect and once the static grass was applied looked fine. I may do a step by step post on it down the line.

Work also slowly rumbles on on the Heroquest mission eventually I will do a post on the various miniatures painted. Still there are a few more posts to write up for stuff rebased ages ago and I have a  post to sort showing new Newline stuff which has just arrived in the form of additional Skythian sculpts! Now I just need a chance to get caught up blogging! 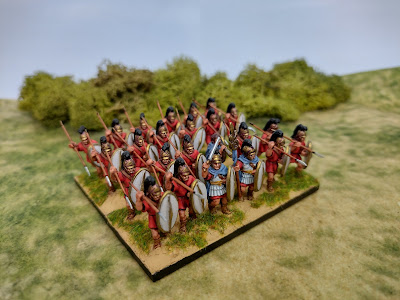 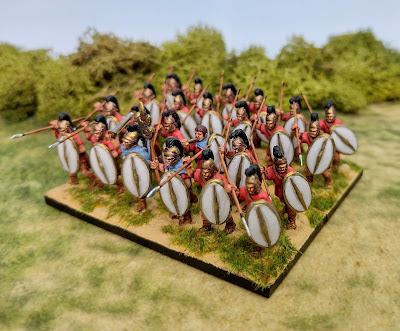 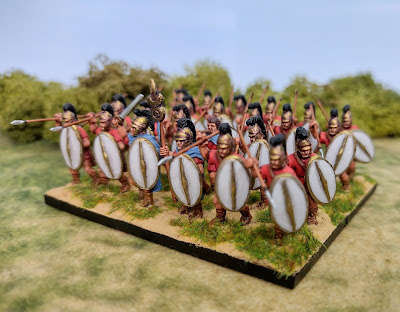 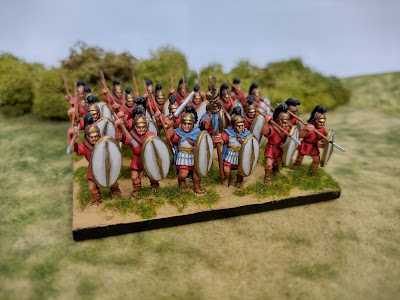 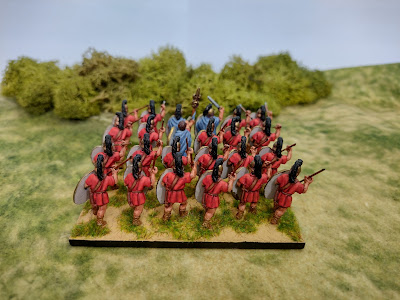 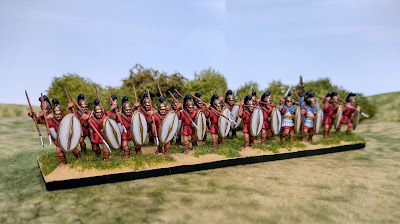 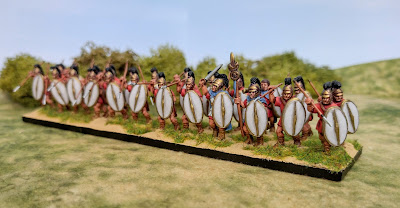