A few might recollect a post on the newest codes from Newline Designs 1:72 / 20mm Late Roman range, well they are finally painted up below. I'll go through each one briefly below. I notice that now the pictures on the computer screen are very bright in comparison to my phone screen, something to bear in mind next time, however they are clear and show the detail of these lovely figures.
I post also on PARADE GROUND 20mm Facebook page , then share among relevant groups, someone offered a great tip on spear tips! I wasn't able to track the comment down again but I followed the advice, squish the end and snip into a spear head. Very simple and effective! So the spears below are the usual bristles just with a bit more attention.
Command
The command set is not new per se but newly painted and it turns out the brand new officer figure is joining the original command figures: 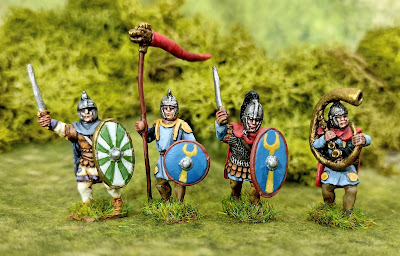 Guard Infatry
I wasn't sure what was on the way with this Guard Infantry Set but I was eager to see them! Going off their initial appearance they looked like the drawings of the Late Roman legionary in Armies and Enemies of Imperial Rome. I posed the question on whether to paint their armour as a metallic or organic material, Peter popped out of his cave to answer the question. As you can see Peter said go for Leather, I had a good time experimenting with them, Thanks Peter! 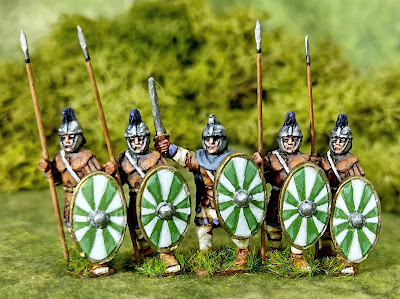 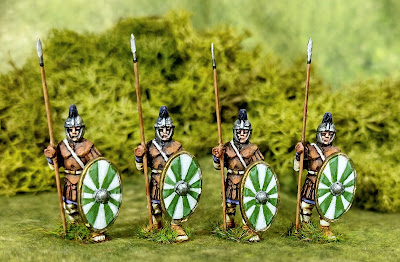 Cataphracts
Finally the Cataphracts couple of horse poses and rider poses which can be tweaked to give a bit more variety. 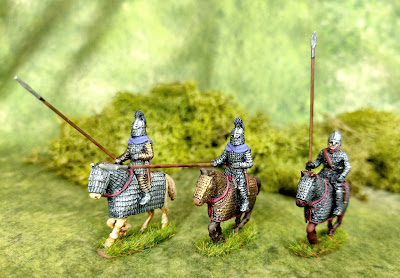 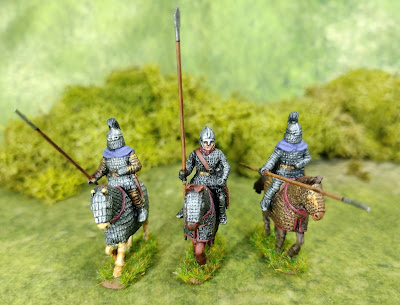 With these last Late Romans done I am moving onto both my main Macedonian and Punic war project and the Heroquest mission!
Posted by Tony Emery at 19:04