Another Straight up rebase since these were painted not too long ago relatively speaking. Also I incorporated some Tarantines that were donated to me by Elliott, admin of the Newline Designs painters group. He also painted the general which I based. These additional figures are beautifully painted and I'm very chuffed with them. Thank you Ell please check out his page!
This is finally the last rebase that was part of last Novembers mass cavalry rebase! I think the next thing will be some Rebased Romans, 12 bases done so far with more on the way which need additional figures painted for them. I think I will work on the light infantry rebase after that with Celtic and Iberian close order troops to be sorted. Furthermore there are 3 scythed chariots prepped awaiting assembly and painting along with the on going Heroquest side mission interspacing them all. Between everything gaming is being side-lined to say the least but part of that is having time to set up and game a battle while painting can be done here and there. Hopefully later on in the year the opportunity will present itself. I'm interested in trying out Strength & Honour, I picked up the rules and enthused about a future mid Republican Rome which will better reflect my collection although trying out the late Republic is not unfeasible currently. 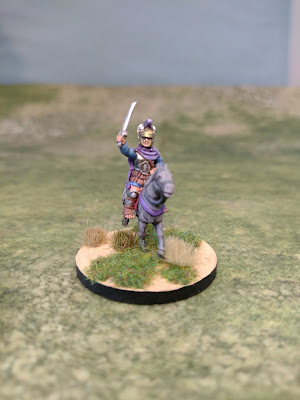 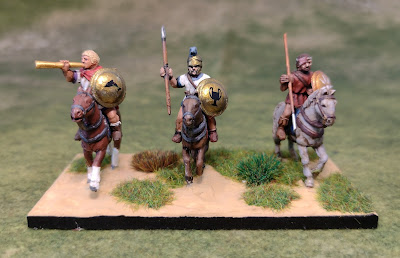 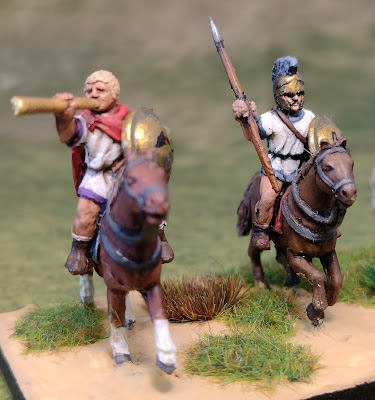