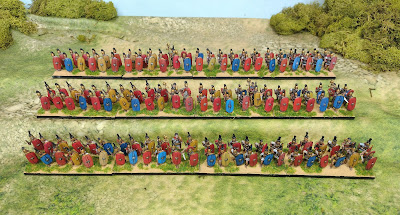 It was such a great relief to get a large chunk of the Newline Designs 20mm Romans rebased. These were just a straight up removal and rebase and there are more awaiting rebasing but require some extra figures painted to make up the units. With a large amount done it required a larger photoshoot so the post is very picture heavy! This is again where the Geek Villain fleece mat has come into its own simply by draping it over some books and boxes. Hills should be no problem to set up for a game.
I was thinking of mixing armour types more within the units but decided against it, there is the odd base that has a mix however I went with the usual convention of Hastatii in pectoral armour and Princepes in chainmail. This was influenced also by some interesting articles and podcasts from Ancient Warfare magazine. A very interesting and valid point was made that when Polybius was describing the Manipular Legion to his audience he was describing the "ideal" legion. In practice the legions raised would depend on many factors from the generals raising it or where it was raised for example. So in essence no two Roman armies would be the same, which is great for artistic licence or theming. In the legions raised here the officers have opted to group as many similarly equipped warriors as possible with the odd poorer equipped warrior with a good fighting reputation allowed into the Princepes, or could it be that the turnout has allowed the Hastatii to have a better than average equipment?
In all there are 12 bases done, so for Lost Battles each will represent a unit of average legionaries, with that system there's no distinction between the Hastati or Princepes, units occupy a sector of the battlefield and the tactical movement is abstracted out you just have a sense of how worn out the battle line becomes. Very much like in Army level Napoleonic games where a brigade or division in the basic unit so smaller formation changes are assumed to be done by the sub commanders, the same logic can be applied to the ancient period.
I'm also hoping to try out Strength & Honour which I received recently, again a unit represents a very large formation so there's no reason to worry about the Hastati/Princepes/Trairii line relief you would command legions not maniples and would have to trust the unit commanders to keep things right!  In my part finished homebrew rules (which progress on rare occasions) I did plan to have the three lines represented, but with most of the rules that appeal to me line relief is handled abstractly, so I'm starting to rethink my position on that one!
So hopefully I'll get through the rest of the Hastati and Princepes soon, for the most part these will be made up into 6 figure bases which will be explained more thoroughly once posted. Once cleared I will hopefully get the Triarii figures sorted which only need a few command figures added to make up the numbers. 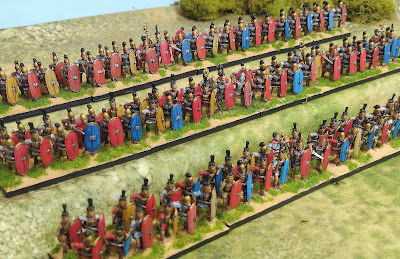 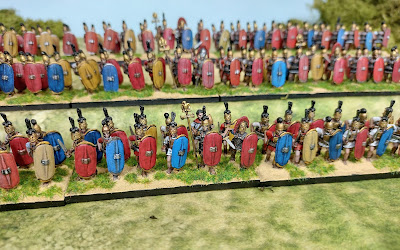 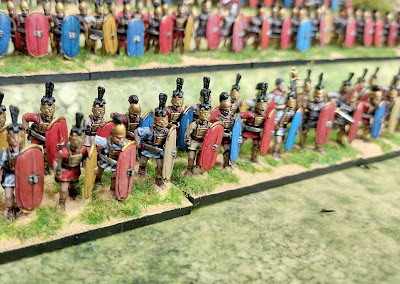 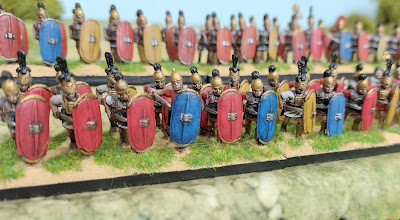 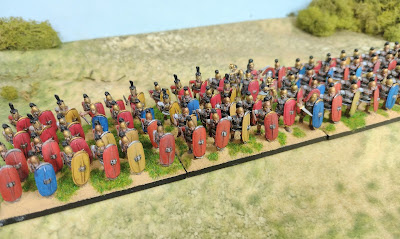 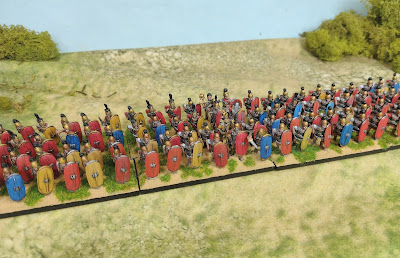 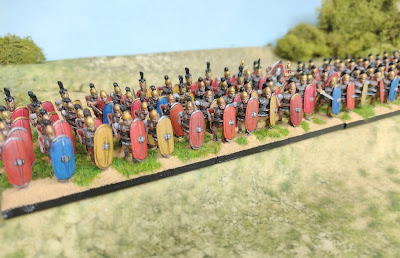 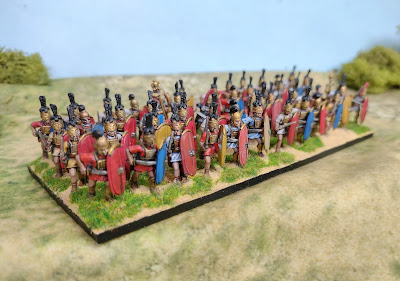 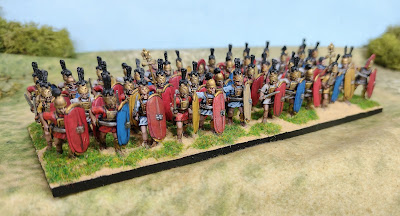