Slingers of the Mediterranean Redux

Another rebase checked off the list this time a few slinger units. There are bases of Greek and Balearic Slingers with a few Imperial era Roman Spanish auxiliary slingers mixed in all in 20mm from Newline Designs.
With all of them in tunics they could all be used interchangeably as Iberian based slingers if so desired, although a few of the Balearic may have some Iberian specific fashions. The Spanish Auxiliary slingers have cloaks but they looked fine to use between the sets.
Greek Slingers, a straight up rebase:

A third base of Greeks with a spare Imperial Rome era Spanish slinger with a cloak to make up the numbers: 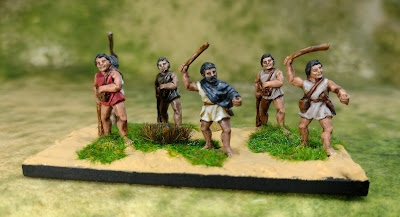 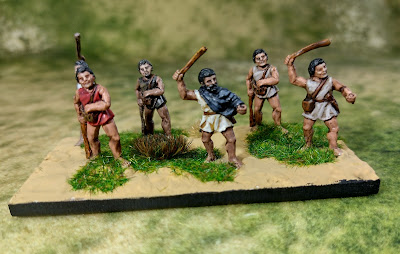 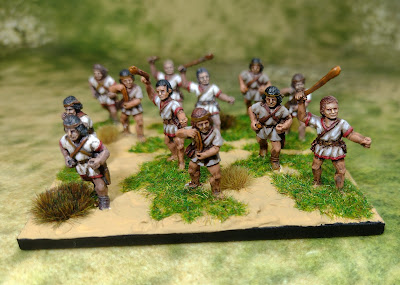 Again a few spare Imperial era Spanish slingers mixed in to make up the numbers: 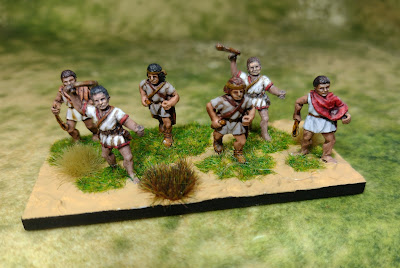